“Why Should I Walk? I Can Fly!” by Ann Ingalls 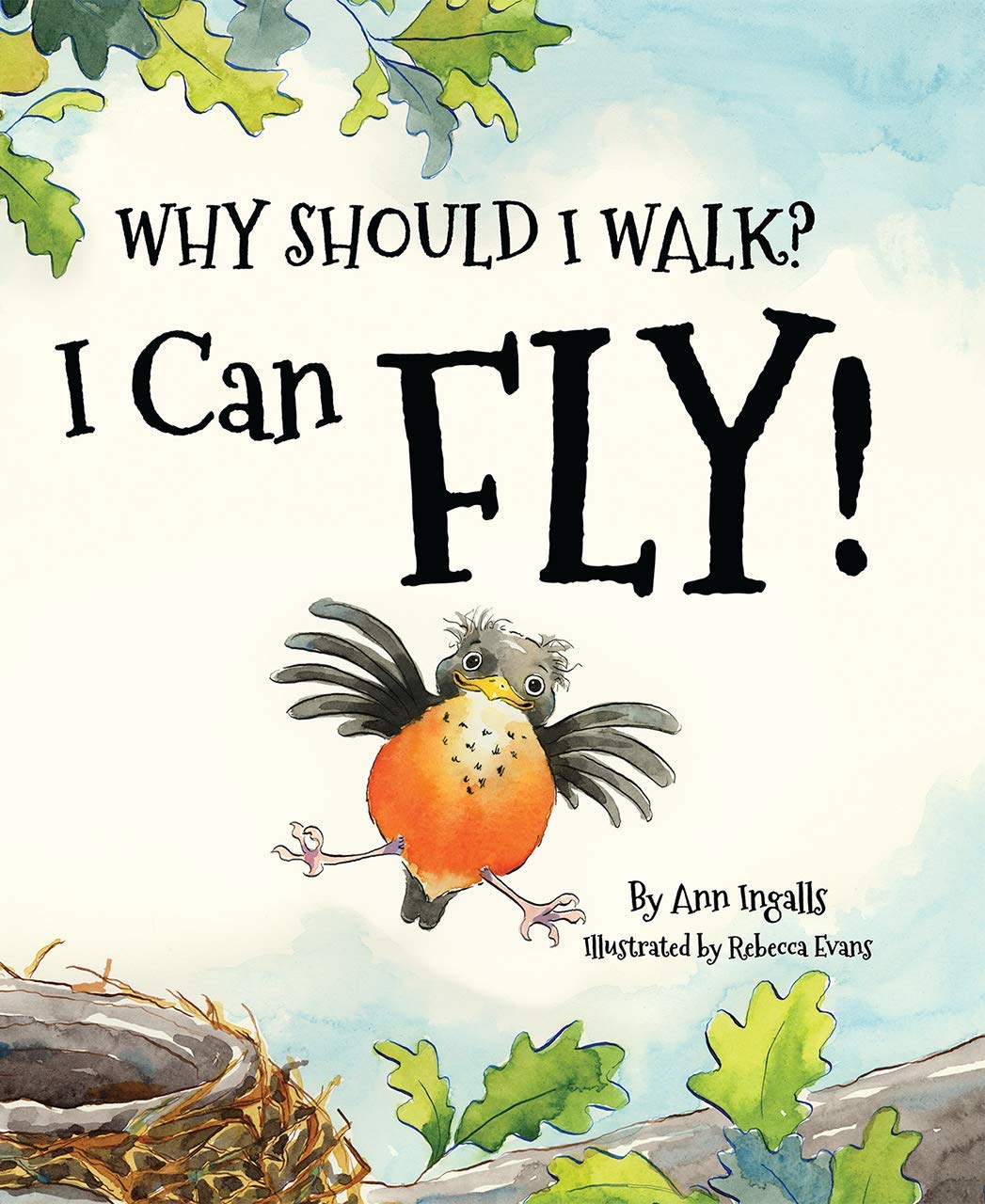 “Why Should I Walk? I Can Fly!” by Ann Ingalls is the story of a young bird, with his brother and sister, who are all ready to leave the nest and learn to fly. The main bird must work hard to fly, as the outside world is dangerous for little birds.

The book starts out with the little bird deciding he wants to learn to fly. He thinks he will do better than his brother, but not as good as his sister. His brother only wants to catch bugs, but his sister learns to fly really fast. His mother has to help him out of the nest by giving him a push, but instead of flying, he falls down into some flowers. A cat is lying in the flowers, and soon tries to get the little bird. The little bird’s momma keeps an eye on him, but at the last second, the little bird flaps his wings enough to fly away from the flowers and the cat. After that he loves to fly and is seen flying with his mom, brother, and sister. I liked the ending because the little bird finally learned how to fly because he practiced a lot, and even though I have a cat at home, I’m glad that the cat didn’t get the baby bird. I think that kids my age (5) would like this book, but also kids of any age because it was easy to understand. I wish I could fly!

A Note From Mom:

This was a fun read because it was about something that happens to an animal that my kids, and every other kid as well, sees every day. Not being an expert in animals, I appreciated that the author included a section at the end of the book about the fact/fiction included in the story. What I mean is that because this is a children’s book, Ingalls exaggerated some facts a little to make it fit with the story. An example of this is that momma birds don’t actually push their babies out of the nest to start flying, like it says in the book. I like reading books that have extra resources like this included because even though a story is fun, learning something in the process only helps their overall cognitive strength.