“The Story of Bluff” by Mr. Kind 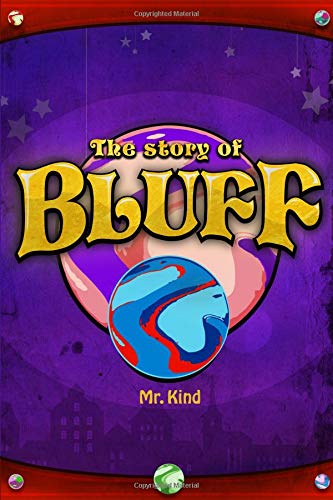 The Story of Bluff

A fable is a short story that teaches a lesson or moral, which people, especially kids can use in everyday life. “The Story of Bluff” by Mr. Kind is that kind of story.

Mr. Bluff was a man who thought he was the best at everything and ran around town making sure that everyone knew it. The bragging got so bad, that it took all the fun out of playing. Until one day a great crack formed in the ground, and out of the purple mist came a man to challenge Mr. Bluff. Which is where the moral of the story comes in.

The pages had brightly colored illustrations, that went along nicely with the story, so the reader could imagine what was happening. There was rhyming throughout the story, which we found difficult to read at times, as it would rhyme, then stop, then rhyme again so sometimes the story didn’t have that flowing feeling when you read it.

My sister and I were able to understand what the book was trying to tell us. That the moral of the story is, everyone is equal, and bragging can hurt people’s feelings. We liked how the author wrote about the earth angel and how he described her as, “someone who smelled like fudge brownies, out of a bakers bowl.” The part we did not like in the book was, even though Mr. Bluff was not kind, the kids on the roof should not have called him names or made him cry. It was not a good way to teach Mr. Bluff what he did was wrong.

“The Story of Bluff” by Mr. Kind was a fun, unusual, and brightly colored story, that teaches people a valuable lesson. We can think we are really good at something, but that does not allow us to make other people feel bad. We think this is a good book to teach people to be kinder to others.