“The Gifts of Life” by Oliver Smuhar 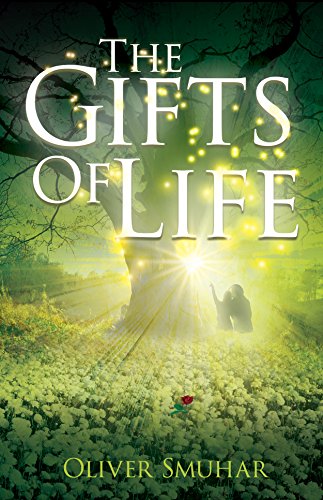 The Gifts of Life

Oliver Smuhar’s “The Gifts of Life” takes readers on an otherworldly adventure.  Perry Caduca is the hero of the story.  After a devastating and fiery attack on their city during the year’s most important festival, Perry, his little sister, Teala, and their two friends Faith and Bailey, he must leave his home and travel hundreds of miles to a strange land in order to find safety again.

The plot line of “The Gifts of Life” is unique, and the world Smuhar has created has clearly been built through a lot of time and stitching together of little details.  When creating a story that takes place in a different kind of world from our own, it’s always important that this world has one special difference from our own reality.  This manifests in “The Gifts of Life” in the form of abilities.  Each person has a special talent.  Back home, the use of these abilities is strictly forbidden.  During their travels, Perry, Faith, Bailey, and Teala learn how to harness these abilities, but each pays a price in order to strengthen them.  Having spent so many years wishing they could freely experiment with these abilities and talk about them, they learn quickly that we all need to be careful what we wish for.  Our wish might just come true, but what must we give up in return?

“The Gifts of Life” certainly has a lot of potential, though there are aspects of the book that could see some strengthening, such as characterization. At some points, I could really see defining moments that brought out each character’s personality, but there were also times when they all seemed to act almost too much alike.  Another suggestion I have would be to strengthen dialogue.  Dialogue can be tricky to write even for the most experienced writers, and at times the dialogue in the story seemed a little too formal for a little girl and three teenagers to be using.  A book needs to have a careful balance of exposition and dialogue, and I think at times the dialogue took away from what was going on in a particular scene.  Also, as a reader, I would have found the story easier to follow if it had been broken up into sections.  It was hard at times to figure out the pacing of the story.  Sometimes it went day-by-day, and other times it skipped weeks or months at a time.  This in itself is not a problem, it just needs to have more context for why time is moving the way it is.

“The Gifts of Life” is certainly targeted towards a young-adult or even middle-grade audience.  The novel would be a great read for fans series such as The Hunger Games or Divergent.  Prospective readers should buckle up and prepare themselves for an adventure that is fueled by a fight to survive after witnessing tragedy and losing all you’ve ever known.  I think 17-year-old author, Oliver Smuhar, has a very bright career in store for him.