The Encouragement Letters by Shanna Spence 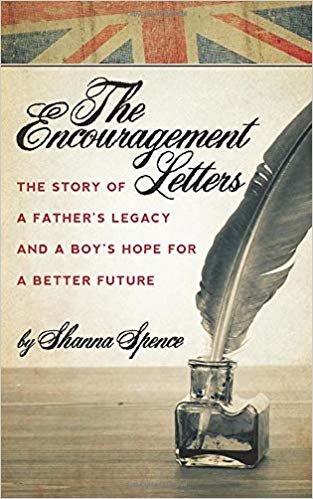 “The Encouragement Letters” by Shanna Spence is about a boy named Will growing up in England in 1865.

The story follows Will as he and his mom (mum) struggle to survive in the new Industrial Revolution. Will’s father died of consumption a year ago and Will has to step up to become the man of the house, even though his mom  just wants him to be a boy and have a good childhood.  She is a seamstress but many of her customers are moving their business to the factory where things are done much faster. Will gets encouragement from some letters his father left for him before he passed away.  When Will realizes this tradition has been passed down for generations he begins to write his own anonymous encouragement letters to the people around town.

Will Cromwell is only eleven-years-old but he seems like he could be thirteen or fourteen. I mean that because he acts older and he sometimes worries about things a lot like an older person would. And also because he had to work! I enjoyed his character very much because he was also very realistic.  He couldn’t go to school because times were tough, but he went to see the schoolteacher every day and got assignments from her to keep up with his education.  He also worked for his Uncle in town and started caring for his mom when she became ill.  Will actually made me tired when I read about everything he had to do every day!

The way the author tells the story made it hard for me to put down once I started reading it.  I like the way she keeps the reader’s attention with her descriptions and character conversations with each other. The language is different because of the time period but the author has a guide in the beginning of the book that defines all the old words. I could imagine myself in the story as Will ran his errands around town. I also liked all the characters because everyone was mainly very nice and cared about each other. The story has a great ending because something amazing happens to Will and his mom and it just makes you feel good to see good things happening to good people.

I’m glad I read “The Encouragement Letters” by Shanna Spence. It’s a great story with a lot of history told in a fun way and it makes me really glad I was not born in 1865! I recommend this book to kids from about eleven to fourteen years old, but my mom actually wants to read it too.