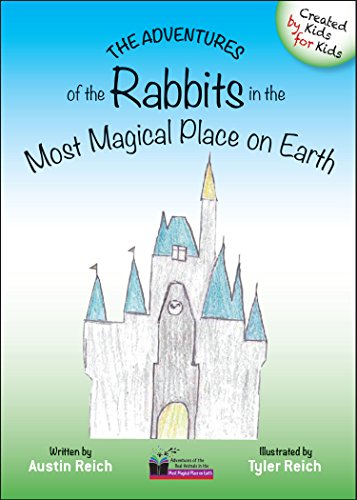 “The Adventures of the Rabbits in the Most Magical Place on Earth” by Austin and Tyler Reich tells the story of animals who live in an amusement park. The authors did a good job describing where the animals live and what they see each day. There were a few I times I got confused about what they were talking about. I did like that all the animals were kind and helpful to each other. For example, when Rebecca was lost her dad asked a bird to help him find her, and he said, “Of course.”

I think the book is a good read for younger kids, maybe 5 to 6 years old since the story is pretty simple. My favorite part was when the book talked about the mice who live in the park and it showed a mouse under the bench. I could really imagine what that looked like.

Summer break is mentioned a few times, and I didn’t understand that because animals don’t go to school. I think the authors could add some twists and turns in their next story to make it more interesting. I think they had pretty good illustrations.

Austin and Tyler Reich have done a great job teaming up in “The Adventures of the Rabbits in the Most Magical Place on Earth.” It was a great idea for them to write about the animals that live in an amusement park. I enjoyed reading about Rebecca rabbit’s adventures, but since the story was fairly simple I would recommend it for 5-6-year-old kids. The illustrations are great and helped tell the story. I thought it was really cool that kids wrote this book.