“The Haunting of Cedar Hill Plantation” by Margaret J. McMaster 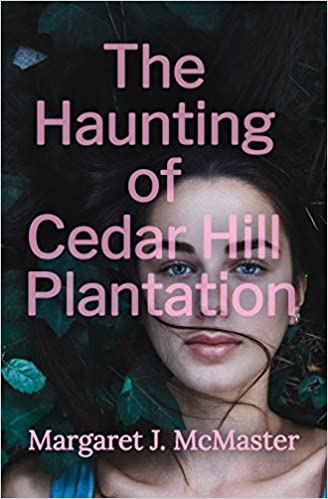 “The Haunting of Cedar Hill Plantation” is the second book by Margaret J. McMaster about a girl named Phoebe Sproule. Since I read the first book in the series last year, I was excited to see what kinds of situations Phoebe would get drawn into next.

In this story Phoebe goes on vacation with her Grandma Sylvie to visit her family in Nashville. Her cousins Rachel and Baxter live on Cedar Hill Plantation and it’s Phoebe’s first visit. In fact, it’s also only the second time to meet her cousins! Phoebe finds out Baxter is searching for a hidden treasure on the plantation that was buried during the civil war, and this causes all sorts of unexplainable things, including a mysterious woman, a ghost, trolling the plantation. One thing Phoebe knows for sure – there’s a mystery involved!

My favorite part of the book is the characters. It’s full of wacky characters, from Grandma Sylvie to some interesting neighbors, to Cousin Rachel who is a snob and reminds me of a “mean girl” and Cousin Baxter who is also kind of mean and very rude. Rachel and Baxter don’t seem to like each other very much and it’s confusing to Phoebe to see them act so mean towards each other. I guess being an only child, she doesn’t really understand the brother-sister relationship. Phoebe is my favorite character – I like that she is not afraid to do anything. She is nice and friendly and she also stands up for herself and isn’t afraid to tell people what is really on her mind.

I also like that “The Haunting of Cedar Hill Plantation” is a mystery full of ghost stories and buried treasures. The story is fun to read and kept me interested to find out what would happen next. It’s full of surprises and historical information about the Civil War that isn’t boring.

Like the first book, “Eight Days in DUMBO,” there is a lot of action and adventure in this book that I think would be liked by both boys and girls. For an exciting mystery that will keep you guessing until the end, I recommend “The Haunting of Cedar Hill Plantation” by Margaret J. McMaster.