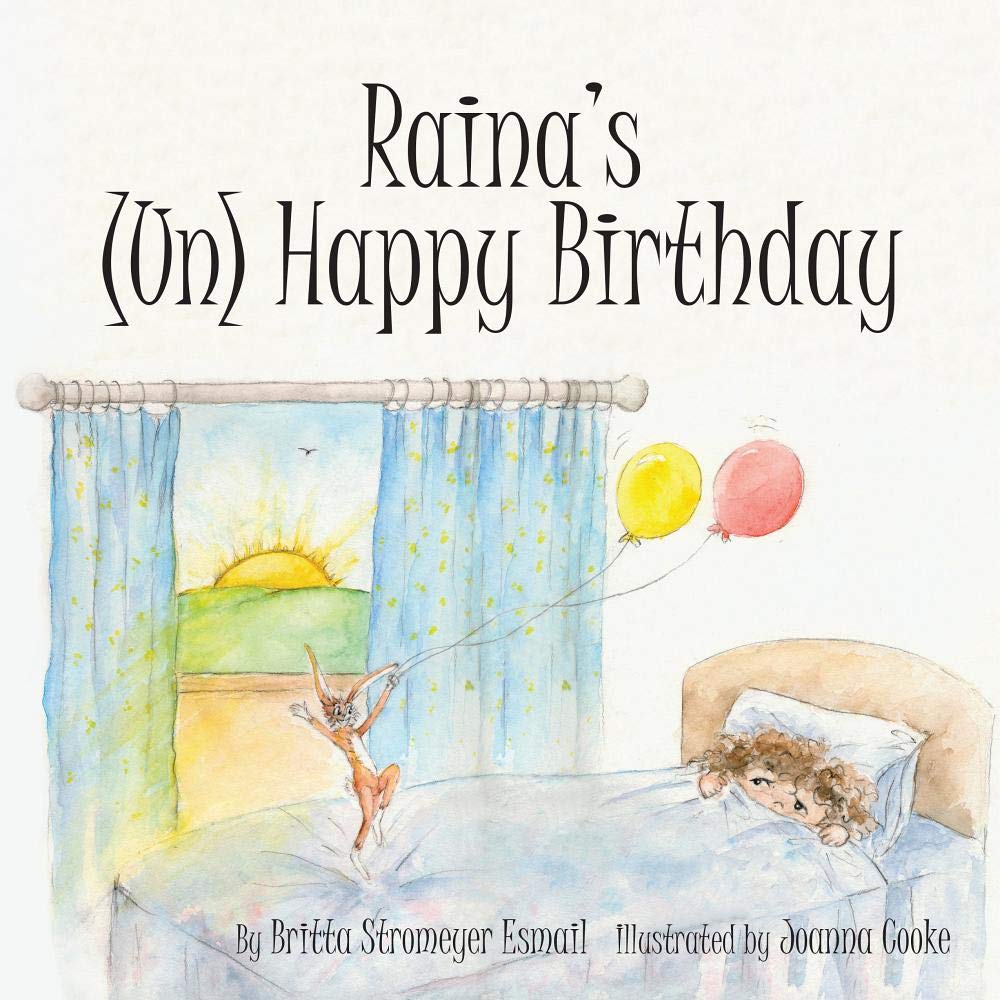 Today is Raina’s birthday! But what should usually be a happy day is the exact opposite. In fact, Raina would go as far as to call it her unhappy birthday. Every year the same thing happens; Raina’s relatives come over to celebrate her big day and smother her with unwanted attention!  From Grandpa’s scratchy beard kisses to Aunt’s constant pinching and squeezing it’s all too much and Raina wants to yell, “Enough!” But how can she say anything when she’s just a kid and they’re her family? Is there anything she can do to share her feelings before the end of this unhappy birthday?

“Raina’s (Un) Happy Birthday” by Britta Stromeyer Esmail is a great book to read with and to younger children, to introduce them to creating these types of boundaries and being open about them with others. It teaches them that it’s normal to not like certain things and it’s ok to tell others about it. In the story, Raina was ready to accept another unhappy birthday until a conversation with her stuffed animal rabbit, “Lola” about being honest with her personal boundaries changed her mind and gave her the courage to tell her family about her dilemma. They were all very understanding and made sure to avoid doing the things that upset Raina the rest of the day; which is the right way to react towards this kind of situation! It shows that having an honest conversation with others about our boundaries is just as important as them respecting them and the key to having a good relationship with others.

My sister and I really liked reading about how Raina solved her problems. The illustrations in the book are very descriptive and follow well with the story. “Raina’s (Un) Happy Birthday” by Britta Stromeyer Esmail is a great book to help kids understand how to deal with big problems at such a young age. We highly recommend it!