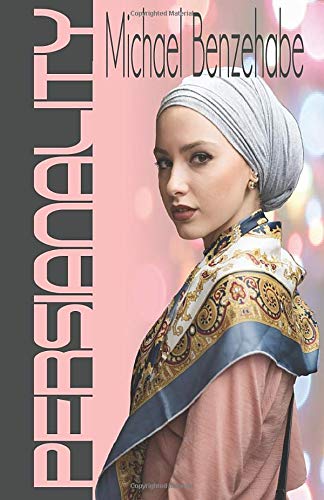 “Persianality,” by Michael Benzehabe lives up to its description as a thrilling and jarring bildungsroman or coming-of-age novel through its truly unique main character: Jamileh. She’s young, bold, and naive with her head in the sky and her heart on her sleeve. Battling an overwhelming crush on the son of Iran’s Ambassador to France, and the confines of her culture, Jamilah longs for her romanticized view of Paris as she spends her days talking to bicycle riding monkeys and plotting her escape.

Throughout the fast-paced book, you’ll feel frustration, sympathy, and care toward Jamileh. Unlike some protagonists, she finds herself as the cause for discourse and has to confront realities she was previously blind to: we can all relate to learning from our mistakes. I like how Jamileh is not a perfect hero, but simply a young girl learning from her mistakes and misinterpretations in a radical environment. In addition, Benzehabe has created a very real and heartbreaking relationship between Jamileh and her father that captures the disconnect that often occurs between a daughter and father, two very different familial roles. All of this is set against the backdrop of Iran with the glimmering Caspian Sea and violent conflicts of the country.

The writing style of the book is beautiful and there are many poetic quotes embedded in the book. One of the quotes that I liked was, “Blame love for your most beautiful dreams and your ugliest nightmares.” Benzehabe seems to purposely weave in morals and life lessons throughout the novel. Readers are sure to be first-hand witnesses to Jamileh’s self-discovery about life and the effect people have on each other.

This novel is a quick read and as each page is filled with plot. I felt that sometimes the book moved forward hurriedly with slight disconnect, however, the thrill is guaranteed. I would recommend this book to young adults ages 14 and up because a deeper understanding is needed and there are mature subjects such as rape and war. In addition, there are religious views and statements of the characters that some readers may disagree with.

My favorite part about the book was that a pivotal character in the novel was a monkey. Benzehabe was somehow able to portray irony and emotion through a family of monkeys, and something seemingly strange was written naturally. In the beginning, I had preconceived Jamileh’s personality to be of a girl with a heart of gold hopelessly in love, based on the roles of many other protagonists. As a result, Jamileh’s realness that at times included vanity and selfishness surprised me. However, her character represents aspects of real people and has only made her personal journey much more meaningful. All in all, “Persianality” by Michael Benzehabe wonderfully captures the struggle to understand others and grow past a single viewpoint in an exciting way.