“Ivan the Giant” by Philip A Creurer 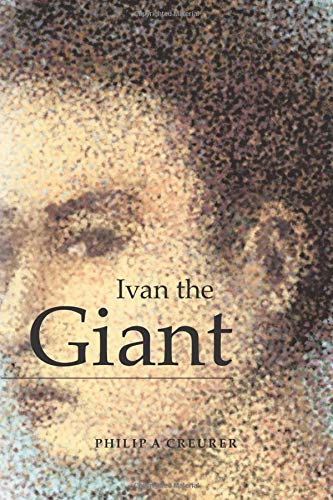 It is hard to find a good kids mystery book, that is why I am glad I found this book. “Ivan the Giant,” by Philip A Creurer is a great mystery for kids who like old shops, ruthless thieves and a team of kids who will stop at nothing to solve a mystery.

The characters in the book are three very smart 11-year-old kids that find themselves helping their friend Ivan with a lost artifact he inherited from his great-grandfather. With the combined talent of the three friends, they come up with some pretty good plans to catch the thieves.

I think my favorite character in the story was Mr. Carruthers. I would love to own an ancient shop like his, with all the amazing old objects and he seemed very mysterious. I also liked how he helped the kids in the search for the missing artifact, which was very sneaky.

The author seemed to make the story come to life with the descriptive words he used throughout the story. I felt like I was in the story and could sense the dusty old shop and the coldness of the playground as the kids were trying to escape. Which was kind of creepy to do to kids during school hours, I am surprised they were not worried about someone seeing them? I still think the people that were chasing them should have gotten into some sort of trouble.

The way the three friends figured out the mystery was the best part of the book, very suspenseful and shocking when you find out who it is. I wish there had been more closure with the thieves after what they tried to pull. The ending does give a hint of more books to come after this one though.

I would have liked to have read more about Mr. Carruthers’s work, as the author gave a hint it could be very shady, I think it would have been interesting to hear more about this character in the story, or maybe future books?

“Ivan the Giant”, by Philip A Creurer is a well thought out mystery, I think fifth graders and up will really like to read this book.