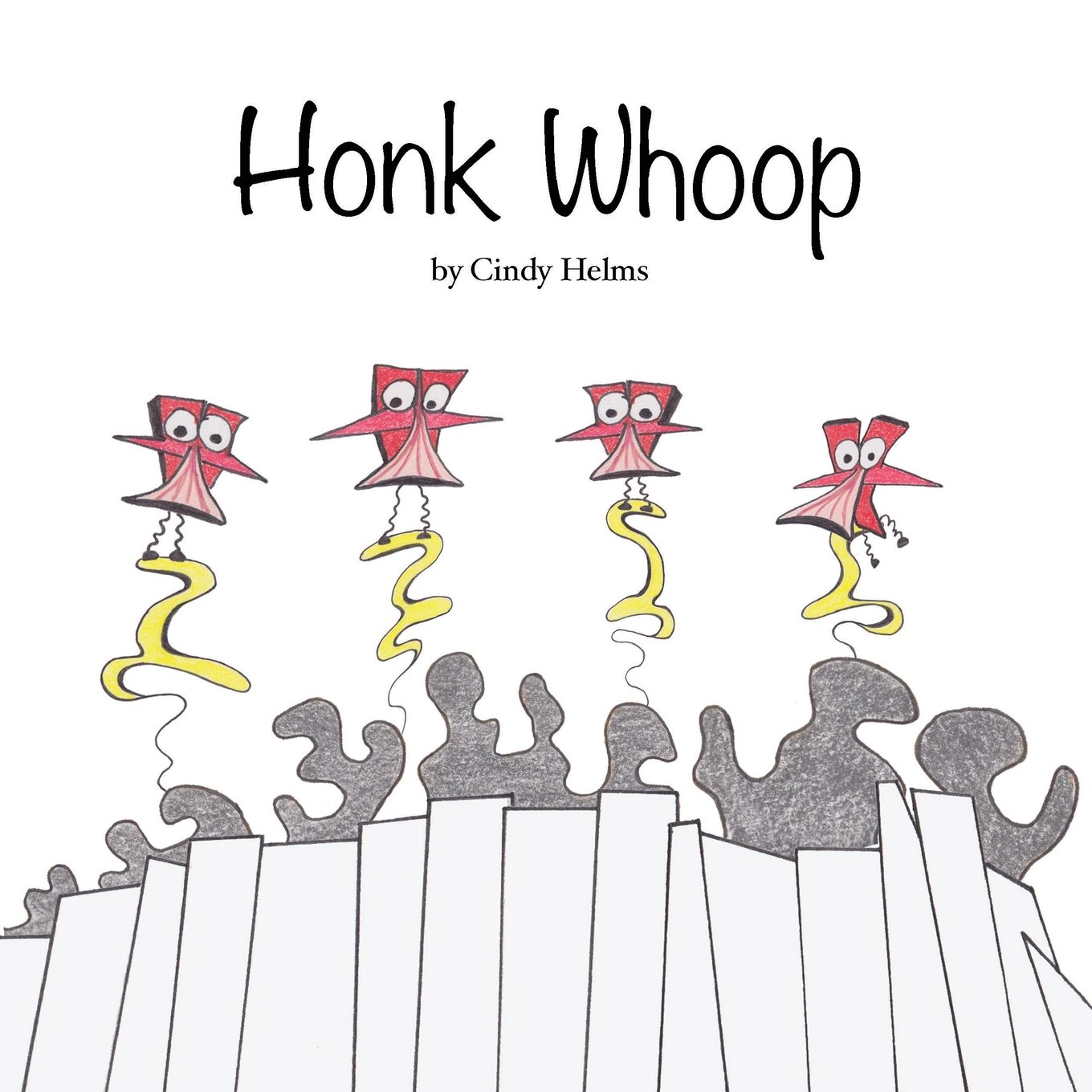 “Honk Whoop” by Cindy Helms is about making new friends (Piper and Hubert), meeting new people, hearing Red Song Thrusters sing and knowing that you are not alone.

Piper would listen to the Thrusters make sounds while she made dolls and told the dolls stories. Hubert would wander and eat berries while listening to the Thrusters make noises. And also Piper made some dolls and climbed a ladder to Spike Mountain to investigate to see the Red Thrusters because they were quiet and she really, really needed to feel that she wasn’t alone. And she saw she wasn’t alone because Hubert was there. He was there because he grew so tall he could see Piper. And also the fox (Piper) started thinking about the dinosaur (Hubert) every day.

I think this book is amazing because Piper and Hubert always think about each other now. It’s cool because they find each other and make new friends. I didn’t like the Red Thrusters singing because I don’t like to sing. The art was colorful and nice.

I would recommend “Honk Whoop” by Cindy Helms to other people because it is a good lesson, because the new friends are thinking about each other. It is important that they keep an eye on each other. And that’s what I like about it. I think boys would like it, but not girls.

A Note from Dad:

My son (who it is hard to make sit still for anything) really liked listening to this story. One of my favorite parts of sharing this story with my son was that he made both characters into what he wanted them to be (instead of shapes, Piper became a fox and Hubert became a dinosaur). He also really latched onto the importance of knowing there are others who are experiencing the same thing as him. Overall, I think it will be a book he will want me and his mom to read to him again and again.