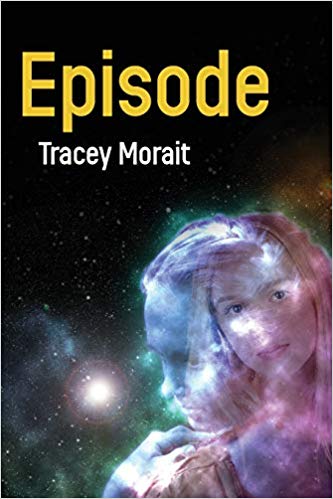 I was pleasantly surprised how the author turned an affliction into a super hero power. “Episode,” by Tracey Morait gives the reader a glimpse at what it means to have epilepsy, but instead of writing the story about how hard this can be for someone’s day-to-day life, the author creates this world where it is a gift and not a curse.

Alisha has epilepsy, but she doesn’t let that hold her back. She is outgoing, sassy and my favorite character in the story. While on vacation with her family, because of the heat, her seizures start to come more frequently. She can’t help but feel that her vacation is going to be horrible. Until one night she notices a strange noise coming from the hotel pool. An unusual woman half bird, half human is calling her name. Alisha’s vacation is about to turn into an epic adventure, where the thing that has been holding her back all her life, gives her powers that she could never have dreamed of.

“Episode” is a fast-paced story taking the reader back to the Olympian era, where a conflict that brings about the Trojan War is beginning. When Alisha meets Travis she finds out that her seizures will open time travel portals and that she has been brought here just like him to confront Gods, Goddesses, and mythical creatures.

I think one of my favorite parts in the book was when they found a cave to escape the robots that were trying to kill them, and they noticed an enormous eye that ended up being a dragon. The story line was one turn after the other, all to save Helen from her terrible fate of marrying Menelaus, King of Sparta.

I think the author did a great job of making history a fast-paced adventure. “Episode” by Tracey Morait will surprise you from the very beginning to the ending and keep you on the edge of your seat in between. This a great story for kids in middle school and up.