“Daniel: The Age of Dissolution” by Peter Pactor 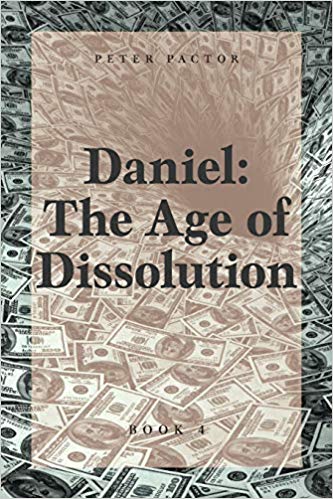 “Daniel: The Age of Dissolution” by Peter Pactor is a historical fiction drama about the stock market crash in 1929.

The story spins around thirteen-year-old Daniel French and his “retinue” as they head to New York City to witness the devastating historical event of the stock market crash, just as he predicted. Daniel spent the last year trying to warn people of the impending doom and when it finally happens, Daniel is disheartened that more people did not listen to his advice. More than that though, he takes it personally that he wasn’t able to help more people. Daniel and his friends refocus their efforts to assist those whose lives were completed upended by the events leading into the Great Depression, encountering many obstacles along the way.

“Daniel: The Age of Dissolution” is a great story woven within the details surrounding an important time in American history. Daniel and his friends are definitely above-average on many levels, especially maturity-wise and intellectually. I often forgot that Daniel was only thirteen because his mannerisms reflect that of someone much older. And while I’ve never met or known anyone like Daniel, I found his character inspiring and leading people to be the best versions of  themselves. He definitely made me look at some things differently, like his attitude toward learning.  He learns for the knowledge and self-improvement and doesn’t look at it like a chore while most teens I know, myself included, go into learning with the attitude of just doing it for the grades. He does seem a bit full of himself at times but that’s where his friends can be counted on to bring him down to earth. The depths of their friendships mean they can be candid with each other, and I liked the way they treated and talked to each other – they are quite literal. Literally.

I’m hooked on Daniel’s journey. I was surprised to learn about Daniel’s mother and her behavior toward him and it definitely made me curious to learn more about their relationship. The ending is really good and leaves way for the next installment of the series. I recommend readers start the Daniel journey at the beginning in order to grasp all the intricacies of the story because, while “Daniel: The Age of Dissolution” by Peter Pactor is a great read all by itself, there are definitely references to things that were included earlier in the series.