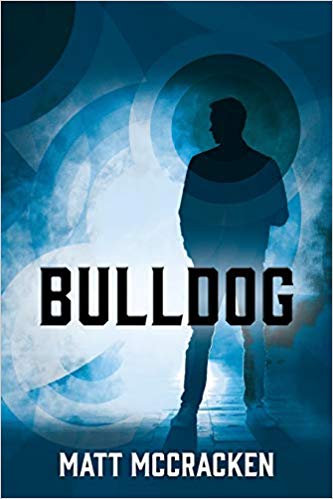 Bulldog, or Nate (his middle name and one he starts to use) is a tough guy with a bad attitude and combative nature. He’s racist, hating just about every ethnic group there is. His homelife is bad – his mom left several years ago, and his dad is an alcoholic, so Bulldog is pretty much left on his own. Everything is going against him. He’s also failing school but knows he needs to graduate in order to be able to join the Navy and get out of town.

When Bulldog starts working for Mr. Goldstein his life, his attitude, his mannerisms and outlook on everything changes and he gradually turns into the best version of himself. I enjoyed watching his transformational journey.  Mr. Goldstein works him hard, but Bulldog slowly begins to realize and appreciate all of the opportunities that come based on that one moment in the beginning of the story when Mr. Goldstein decides to give him a chance.

One of my favorite parts was when Bulldog looks back at all the work he’s done in the paint area of the hardware store.  Bulldog experiences his first moment of accomplishment and the realization makes him proud of his efforts. He comes a long way from the angry boy he was in the beginning

The author does a good job bringing Bulldog and the other characters to life through a story that is engaging with a genuine vibe. The writing keeps the story exciting and relatable.  I think “Bulldog” by Matt McCracken is a story that will appeal to high schoolers and probably even middle-schoolers.  It’s a great story about overcoming obstacles and learning to value those who are different from you.

Read our interview with the Author!